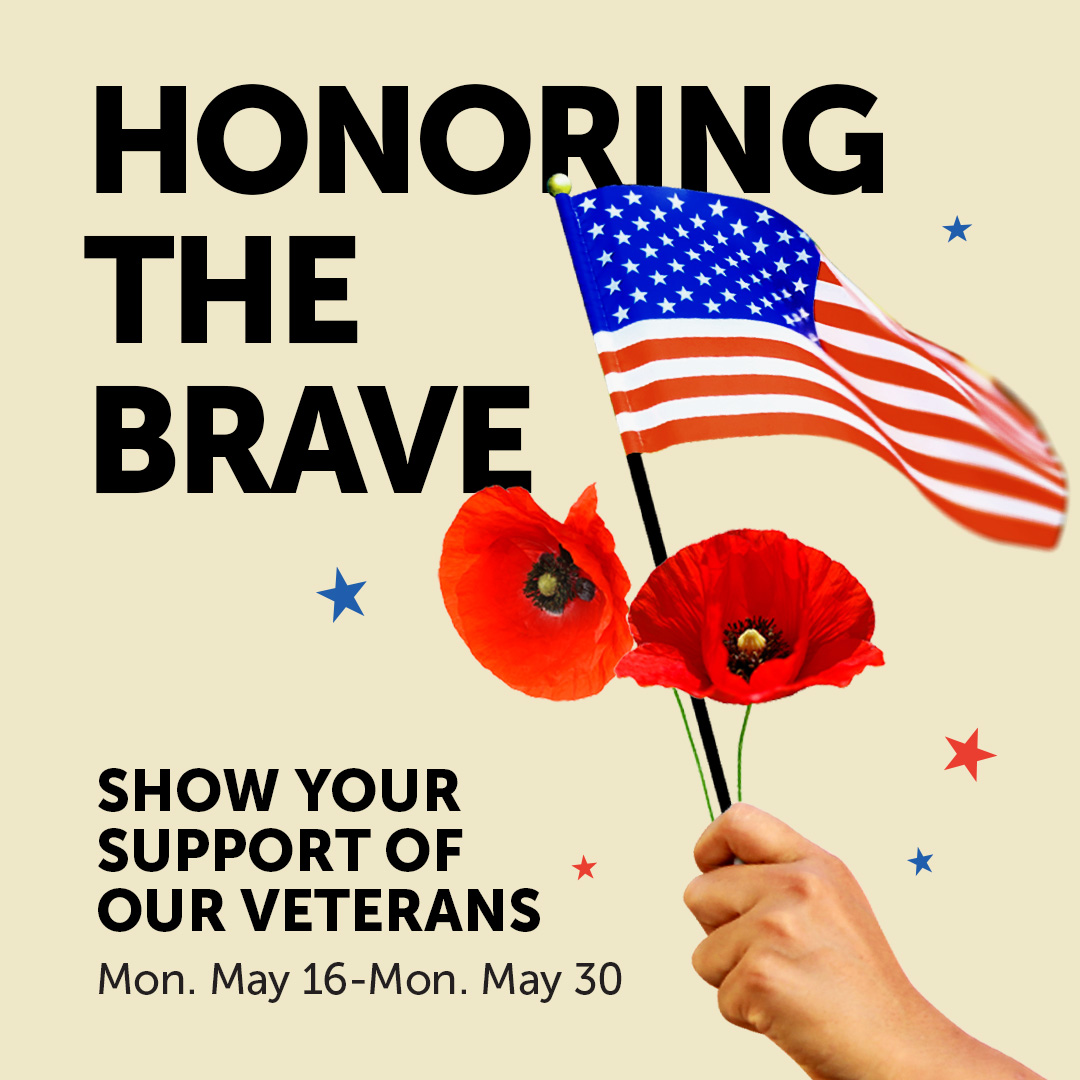 Outlets Ocean City is honoring our brave men and women who have served our country.  We are partnering with the American Legion Auxiliary (ALA) to raise money and awareness for veterans, active duty military and their family as a part of National Poppy Day.

What is National Poppy Day
The red poppy is a nationally recognized symbol of sacrifice worn by Americans since World War I to honor those who served and died for our country in all wars.  It reminds Americans of the sacrifices made by our veterans while protecting our freedoms.  Wear a poppy to honor those who have worn our nation’s uniform.  Find out more by clicking here.

Donate & Save
Beginning on Monday, May 16th and continuing through Memorial Day, Monday, May 30th, Outlets Ocean City will be collecting donations throughout the center to raise money for the American Legion Auxiliary for their programs that support veterans, the military community and their families.  Make your donation at one of the locations noted below in order to receive a poppy to wear and you will also be rewarded with a Poppy Savings Card.

Participating Retailers
The following retailers at Outlets Ocean City are participating in the Poppy Savings Card:

Donation Locations
Make your donation to the American Legion Auxiliary at these locations:

(note:  some locations will have limited hours) Look for the poppies at the entrance to all of our participating stores!